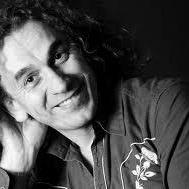 Inspired by the myth of the vampire Dracula duality, designer Dorin Negrau born in Transylvania, Romania comes with a fabulous collection in which male versus female elements game takes us into a world of eternal questions concerning contemporary duality of our fellows.

The concept of the collection manages to capture the dualities mystery each of us, of our sexualities, of our hidden desires, the need for a spiritual recharge from the SAP of the origins.

Overlapping of unconventional materials, materials, transparent disintegrations, sexuality are some of the elements of the vampiro-eclectic collection SS 2015

This time his collection found inspiration in traditional Romanian costume made with skill and dexterity of the designer’s grandmother in a crucial moment of her life when her brother disappeared Khawar on the fight in Russia. the designer Dorin Negrau sustains because of the collection of embroidery technique manual and performed by the woman from the country of Romania.

Out of respect for the American people given the significance of September 11, the day the Roman designer will bring homage and respect for the victims of the September 11 attacks by Romanian traditional mourning insignia styling in dorinnegrau SS 2015 collection.

Dorin Negrau is a romanien designer who loves Transylvanian origins that it manifested by an eclectic free spirit each time in his collections of Romanian traditional inspiration.

Attached are a series of photos taken at the village Museum in Bucharest with traditional costume made by my grandmother and inspired me in making this collection as well as a bookul look in black and white for the SS 20155 collection.